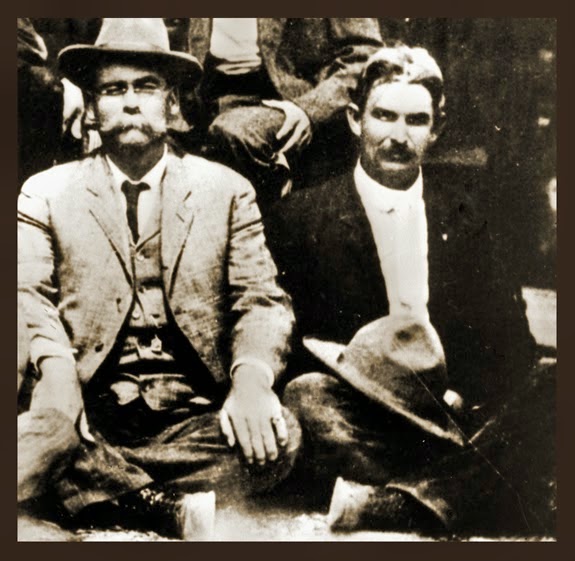 Captain John H. Rogers and Sergeant John Dibbrell,  of Co. C, Texas Rangers
One of the Texas Rangers who was sent to fight the criminal gangs waging private wars in Navasota was Sergeant John Dibbrell of Company C, then based in Alpine.   Things must have been quiet out in west Texas, where towns are far apart and few people were found in between, and in 1907 the Rangers sent Dibbrell and a new private to Navasota when the violence there grew to amazing proportions for such a civilized portion of the state.


So one day two Texas Rangers showed up, fresh from the Wild West, and started knocking heads in the muddy cotton center of the Brazos Valley. Dibbrell, like many rangers before him, effectively quelled the nonsense for a season, and used the adventure to break in his lanky sidekick, a 23 year-old kid named Frank Hamer.


Young Hamer showed great promise as a ranger, and he and Dibbrell made a positive impression on the law-abiding citizens of Navasota. But as was typical for the rangers, as soon as things quieted down, they scooted out before they could get entangled in small town politics - or get offered permanent jobs. They kicked the dust off of their feet and headed back out into “the great wide open.” What a difference there was between west Texas and east Texas.


In a few months, a deadly killer named Ed Putnam holed up in a home in Del Rio after a witness saw him murder a local sheepman. Well-armed and desperate, he asked for no mercy and gave none. Captain John H. Rogers and Privates Hamer and Hudson and one other ranger surrounded the house and a hot gunfight exploded for almost an hour. When it was over, the rangers counted over three hundred bullet holes in the walls of the humble abode, and learned that Private Hamer had ended the fight with one well placed Winchester bullet in Putnam’s head. This was the second outlaw Hamer had killed in a shoot out. Frank Hamer was the man you wanted next to you in a tight spot. He suddenly began to make a name for himself in the community. 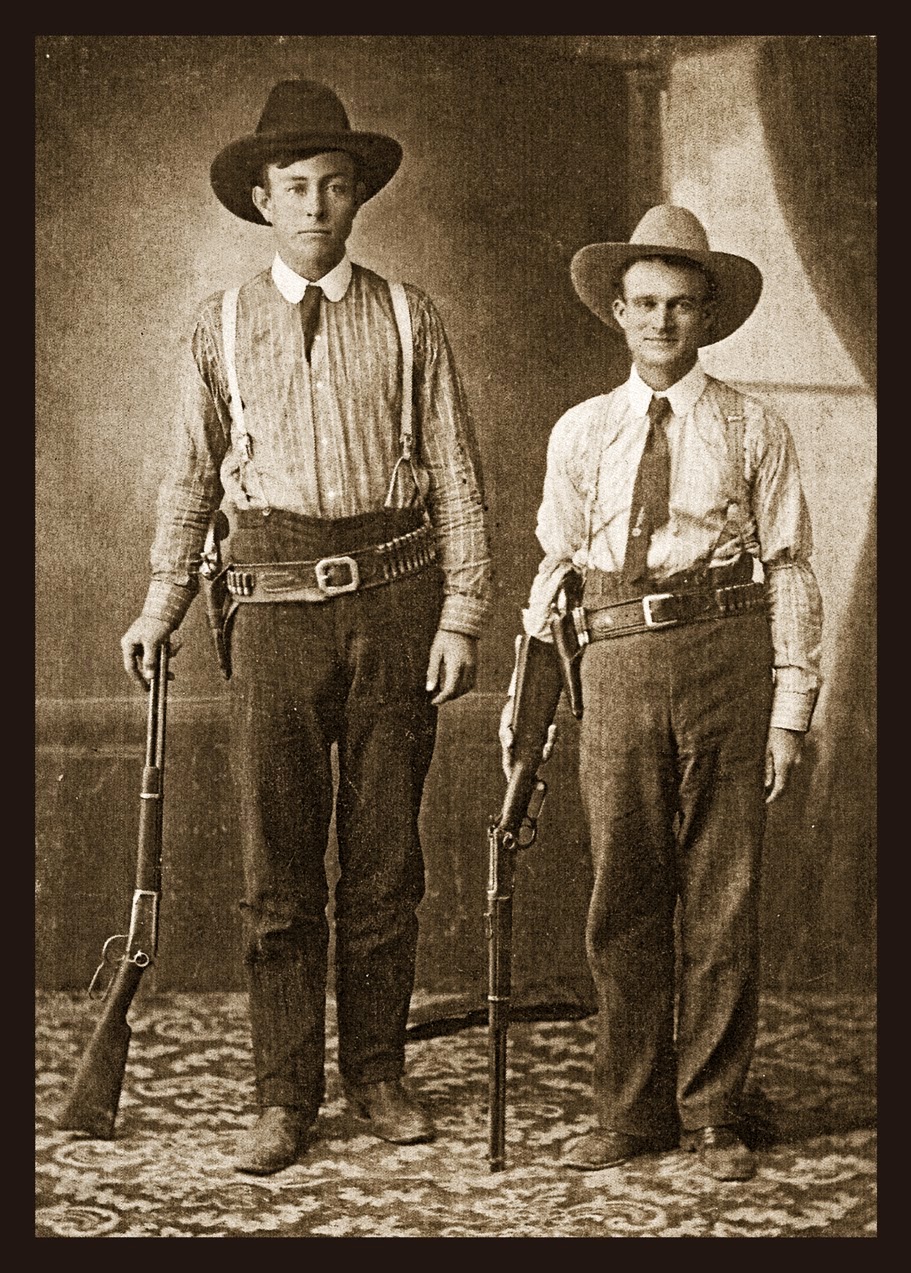 Soon the violence kicked up again in Navasota, worse than ever, and the Navasota City Council saw Marshal W. B. Loftin leave in fear and disgust, after getting a finger shot off. Nobody else wanted the job, and the few men foolish enough to have taken it in the past did not last very long. The City was wide open, the Republicans and Democrats were in an all out shooting war, and armed white gangs brutalized and lynched blacks and killed each other over turf. Finally the mayor contacted the governor, pleading for assistance from the Texas Rangers.  The councilmen were convinced they needed a permanent ranger. The governor was quite aware of the troubles in Navasota, and agreed that only a ranger would do. He made a call.


Soon after, Ranger Headquarters in Austin asked Sergeant Dibbrell if he wanted the job, as, unlike so many city marshals, he had been successful there. He had done magic in Navasota before, so he might be the man for the job. Would he leave the clean mountain air of Alpine and trade it for a plantation-bottom river town? Dibbrell was incredulous. He was not interested even though the job would mean a considerable increase in salary. But Dibbrell offered a solution. He recommended Private Hamer. You can almost see the dusty room in Alpine, full of boots and spurs rangers kicking around the governor’s request, and Dibbrell smirking as he handed the letter to Frank Hamer. You can see the empty look on Captain Rogers’ face, concerned that he was about to lose his finest recruit ever… And you can imagine the young man’s starry outlook, anticipating a cushy job with better pay.


Looking back, we have to acknowledge Ranger Dibbrell’s wisdom. He knew how to pick ‘em. But at first the Navasota City Council was unconvinced. Private Hamer was too young and inexperienced.  They did not want a trigger-happy Billy the Kid-type terrorizing the town.  But Dibbrell stuck to his original rejection of the job, and insisted that Hamer could handle it. Eventually, desperately, the people of Navasota adjusted to the idea. The “powers that were” thought a young ranger would be perfect, as they could easily intimidate and boss him.


So Marshal Frank Hamer reported to duty in Navasota, Texas in November of 1908.


And the rest is Ranger History.

NOTE: Amazingly, four of the men in Company C based in Alpine, Texas ended up serving in Navasota. First Dibrell and Hamer, then Hamer brought M. E. Bailey who served as his deputy and then took his place. Recommended by Hamer, Duke Hudson came later and was elected as Grimes County Sheriff
Posted by Russell Cushman at 9:59 PM