"Giants in the Land" Top Ten in Texas: Part 2

So far we've had soldiers and governors and a Comanche chief and a Soul Singer and a Texas Ranger... I'm finally glad to include someone I have actually met! 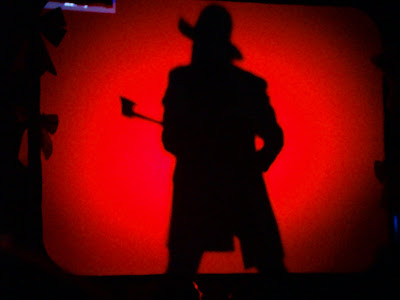 “You never realize how much you need wild men ‘til they’re gone.”
Michael Murphy

Somewhere, sometime, perhaps at a very early age, Michael Murphy wanted to be a cowboy. A free spirited kid from Oak Cliff in Dallas, he forged a raw and unique sound with his squeaky voice and guitar, and went to California like everyone from Texas does when they want to make it in the music business. He wrote songs like crazy, and some were crazy, and he sold them to cover stallions like Kenny Rogers and the Monkees. That’s right, the Monkees. He even teamed up with fellow Texan Michael Nesmith, the tall boyish looking Monkee, and recorded an album. It was a long way from home on the range. And Murphy knew that whatever it was, it was not IT.

When I first knew about him, he was already a veteran songsmith. Dubbed the "Cosmic Cowboy," the voice I discovered on the radio was the result of years of hammering out a style and a stage personality, with so many varied influences that Michael Murphy had almost become a chameleon. He could sing like a cranky, sunburned prospector, or a choir boy, or Hank Williams, or a ditzy flower child. One song like Rainbow Man could be a Beatles hit, another like Geronimo’s Cadillac became a Native American anthem. Rolling Stone proclaimed him the best new songwriter in the Country. Yet in all his lyrics, real, lasso and lariat cowboys scarcely ever emerged from the images he created. It was as if Michael was avoiding the obvious, denying this quintessential American hero as much as the God that he had learned about in Sunday School. They were good, and he was a bad boy, a wild child, at least for now. The cowboy in him had to wait. At that point, he was a Dallas kid that wanted to be an intellectual. And he was. The 70’s Michael Murphy gave you poignant lyrics and tasty music, full of all the influences he could draw upon, blues, country, rock, folk, even Spanish and German ethnic music. In his mind it was all these forces that came together to make Texas music. He was a student of these influences and the talented mixer between them. It was a rich sound that has rarely ever been matched.

I sure did love it, but it was not ever going to take Michael Murphy on a fast trip to the top. It was a melancholy kind of success. One of his band members, Gary P. Nunn wrote a song while they were recording in London, and it said it all. Lonesome Homesick Blues defined more than a wild afternoon at Luchenbach, Texas. Although it was a big rowdy hit with Jerry Jeff and the Lost Gonzo Band, it was written and delivered as a pitifully sad song. “I wanna go home with the armadillo” was almost the self-fulfilling prophesy of the Progressive Country movement. Tectonic music shifts were already reshaping the music landscape, and most of the Austin sound entertainers would melt into regional obscurity. For one thing, Nashville got the message, and forever to our loss, began to incorporate more contemporary and experimental sounds, leaving the country music we all loved forever.

Ironically, coincidentally, incredibly, I have recently met Gary P. and Bob Livingston, both former members of Murphy’s band back then. Both super entertainers, songwriters and story tellers, today they are playing for pennies compared to their real value. Art trends are heartless, relentless tides that overwhelm all but the most cunning swimmers. There are so many excellent musicians out there, who were good enough to spellbind countless thousands for a season, who have been left behind as somebody younger or more trendy usurped them, in a constant cycle of the new and sensational trumping yesterday’s genius.

In my painting career, the powers-that-be got frustrated with my early works, because like Murphy, I had so many influences, that I could not be pigeon-holed. “Come back when you grow up” was their usual response.   And the same kinds of narrow, visionless forces that molded me, molded Michael Murphy. When sales dipped, he searched the airwaves for a magic bullet, something to hang his hat on. Something bigger than one artist, and big enough for one more talent, where there was a built-in audience, readymade, just waiting for his innovations. Someplace that felt like home. There was something about garden variety country music that was unappealing to him. Perhaps he had spent too many years scoffing at it. When he shocked Warner Brothers with his project, of recording old cowboy songs, he met with a few raised eyebrows. Michael Murphy, the bluesy, rocky, folky, wild child, rainbow man, crackin’ up in Las Cruces, progressive country outlaw, Austin sound founder, Michael Murphy, suddenly …wanted to be… a cowboy. Gene Autry. Roy Rogers. Many might have suggested that the Dallas boy cracked up in Las Cruces was just plain cracked. That was in 1990.

Michael found new musicians and had begun to sing under his full name, Michael Martin Murphy. He was finally becoming complete. He had found the music he wanted to be married to. When he began to hang out with other artists of that genre, he found instant, lifelong compadres. In fact, he found it to be like a religious experience, and indeed it was. He and his music were never the same. And the words and the hope and patriotism and Faith behind them began to resonate within, until the new Michael Martin Murphy evolved, and through numerous successful albums featuring old- fashioned cowboy music, he has become the single most influential cowboy singer of our generation. He is credited by all interested in this genre has having single handedly revived American cowboy poetry and music.

Murphy now has ranches and cattle and a wife and family. Unlike the youthful skeptic of the 70’s, he speaks of Jesus as if he has met him. And now he sings with one voice. And he has found a small but steady crowd, that represents the backbone of this country, that appreciates his message and his gift for song. His show makes a strong statement about patriotism, faith, family and support for troops and local police. Everyone grins, remembering that this child of the sixties would probably have been booed by his audiences for the same comments 25 years ago… And Murphy meets his doubters head on. He has become a bastion of cowboy logic. He even has a song by that name. He explains that people ask him what’s the difference between Country music and Cowboy music. “The difference between Country music and Cowboy music… is Cowboy music is good.”

He means that both ways...

Murphy explains in more diplomatic terms that Country music has become the music of drunks and bars and adulterers. Country music finds the lowest common denominator, and he is reaching for a higher level of existence. Cowboy music is GOOD. As in good versus evil. Both are true, and a form of reality. But just as Michael Murphy was once a singer-songwriter that wanted to be a cowboy, he has over time become a cowboy that wants to be a leader of men. He has aimed his intellect at the Christian Right, who could stand an injection of fresh thought. He wants to impart values and ideals. He wants to be a positive force in a negative world.

Michael Martin Murphy has found the place where he will hang his hat, until Jesus comes. He believes that Jesus is the answer. And even if his crowds are smaller now than those he has entertained at Carnegie Hall, or many places all over the world, he seems to know they are his real friends, his forever audience, the ones he knows understand the cowboy way, and his journey, and the end of the trail for all of us.

Michael Murphy deserves his place on my list of the "Top Ten in Texas" for a lifetime of creativity, growing, giving, caring, and keeping our cowboy culture alive in song, so Texans and their fans will always know what we are about.

So far I've written all of this and no comments... but here are my candidates:

I've gone this far without including Mance Lipscomb... who undoubtedly deserves to be included. I guess it was so obvious I forced myself to look beyond. That leaves three more. Scott Joplin? Janis Joplin? Willie Nelson? Tommy Lee Jones?

Number 8 has to be Chuck Norris, who has turned his celebrity into an agency of social awareness and cultural enrichment for our youth. When you think about it, few wolrd class athletes ever make it into show business, make dozens of movies, star in a TV show, and then turn that into a lasting ministry. And on top of that he dares to stand against the Hollywood establishment and take a stand for Conservative values. Chuck Norris will someday be venerated as a rare celebrity who is appreciated more for what he did in real life than what he did in front of a camera.

Number 9... Gotta be Barbara Jordan, the most fearless, principled, determined, useful politician Texas has ever seen. As far as I can remember, she never embarassed us. And she served her country well.

Number 10? This will be hard.. only one left... outdoorsman, historian, John Graves, considered one of the great if not the greatest author from Texas, gentle, gracious Dalhart Windberg, the most famous artist from Texas, or Elisabet Ney, a world class female sculptor from Hempstead via Munster, Germany who made the marble monuments in the Capitol rotunda. But what about Earl Campbell!, football giant from Tyler, or WHAT WAS I THINKNG? NOLAN RYAN... Need I say more?