Some stories beg to be told...

Sometimes they are true. Very early in life, I learned that history is not in some book that your teacher makes you read, but wherever you find it. My parents were in the antique business, and we often ran across things that related to our own family story, giving them instant context and value. Soon we grew into “history detectives,” and discovered a lifetime of… discovery. I hardly ever make a trip anywhere that I do not add somehow to my personal data base. And sometimes the history comes to you. After you have been searching awhile, it seems that the history seems to throw itself in your path...

The following blogs have several concurrent themes… searching and finding, the smallness of the world, the haunting proximity we are often unaware of, as we near the foci of our search. Completely unintended, yet undeniable, the amazing untold history of Texas women… and how they seem to be finding their way home to their forgotten legacies. Lastly, this is a tribute to little Artie Montgomery, a forgotten casualty in early Texas. 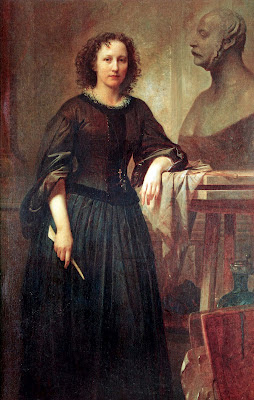 Having strived and schemed to the top of the German art world, in her mid-thirties Elisabet Ney threw it all away when she decided to move to America and sculpt the "wild men" there... Soon the German papers speculated that she had been carried off to oblivion by the Indians.

Texas’ first, and for many years foremost sculptor was German born Elisabet Ney, who owned a magnificent plantation in Waller County, famous even before she had purchased it. Known as the legendary “Liendo,” a prime location that had served as military headquarters for Sam Houston during the revolution with Mexico, and later for George Armstrong Custer during Reconstruction. Established by the Groces, one of the earliest cotton dynasties in the Brazos Valley, Elisabet and her husband Dr. Edmund Montgomery came in 1873, and purchased the plantation after a cursory search of the area. Much like my wife did when she found our home, the eccentric artist did not hesitate to announce that “here shall I live and here shall I die.”

What came after was a tragic life of disappointment, financial struggles and personal loss. Her oldest child, a boy they called “Artie” died right after they settled at Liendo, when just a toddler. Overwhelmed by the challenges of plantation life in Texas, and unappreciated in a frontier environment, Elisabet went nearly twenty years before she finally landed a commission that would lift her out of her mire. A citizen of nearby Hempstead had been elected Governor of Texas, and in 1892 Governor Roberts and a ladies organization asked her to consider sculpting two life-sized statues for the 1893 Columbian Expo. But for almost two decades, it would have appeared that her talent languished at her chosen refuge at Liendo… with less than a half-dozen examples of her work known from that period.

Then one day recently a person approached one of our Navasota antique dealers with an extraordinary find… items from Liendo... with convincing provenance, and with intriguing possibilities. Very little explanation was offered… but here they were for sale. They were spoken for quickly, as collectors these days have learned to buy first and ask questions later. This was a once- in- a- lifetime find. I share these photos, not claiming to know one thing about them… but offering an artist/historian’s interpretation of them… and perhaps a glimpse into the daily life of Texas’ pioneer sculptor. 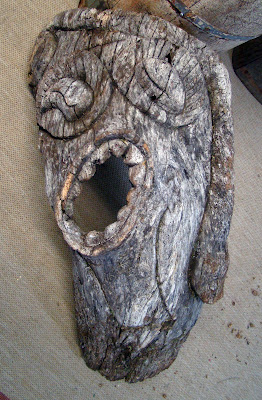 Expertly carved, probably originally right on an oak tree, the carver beautifully embellished a hollow knot… perhaps on a tree in or near the sacred “oak grove” where the grieving couple did the unthinkable… both of them enlightened, educated persons, and afraid of contagious disease, they cremated the body of their infant under a pile of brush near the home. Grief stricken and delirious, Elisabet had been up all night with her dead toddler, and sculpted a clay representation of little Artie, and the next morning they disposed of his remains in the oak grove they had planted, and then saved the ashes to be buried someday with their own.

The evidence is scant, and my interpretation is totally unfounded, yet I thought of the items that had been saved together… for over a hundred years, now two nearly rotten chunks of live oak, and it came to me: Elisabet had created a shrine to Artie…

Later during those two decades of artistic dormancy, when she could face it, she went to the grove and carved a spot for meditation… and for visiting with her lost child, at the last place where she looked upon him. 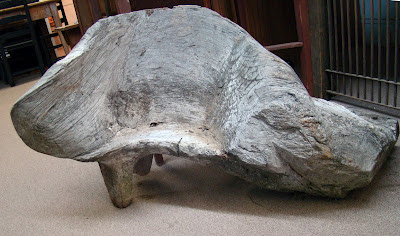 She took a large chunk of oak, maybe even saved it from the firewood pile, and carved out a seat from what appears to be a large oak root. Along with these oak tree carvings came some beautifully turned posts, too short for porch posts, rotten on the bottoms as if they had been in the earth a long time. They might have been the perfect, yet somewhat perishable demarcations for the corners of the family burial plot that would someday be there… and then much later removed by the next owners who did not fancy the view the rotting icons suggested.

And there in that grove, Elisabet had to grapple with her own religious beliefs… and skepticisms. Whatever her religious beliefs, the carver of the Oak Knot fashioned lotus blossoms… ancient oriental symbols of life, and a serpent… the original habitant of the first Garden, the symbol of the knowledge of Good and Evil, and of death, slithering down the tree. From what I know about her, this is EXACTLY how Elisabet would have approached this situation, not so much as a mother, but as an artist.

From the way she raised her second son, we know that she had alarmingly brutal powers of objectivity, and she always fell back on an ancient Classical perspective, on ancient symbolism and nearly abstract philosophical values. The ancient Serpent had taken her child. And every day she would visit them both and argue with this powerful villain. In keeping with the German realists, she did not idealize the situation, and she did not wish to clutter the Garden with permanent lawn furniture, but some that would blend with the scene and last as long as she might need it… and then dust to dust.

The artistic elements of the Oak Knot are all fitting as various Victorian cemetery motifs, and yet, go back and look at it! All together they form a monster head that appears to want to devour the onlooker; an amazing work of abstract or surrealistic sculpture, predating Picasso or Dali by one hundred years, carved by a mourning genius.. yet a master… something only someone like Elisabet Ney might have carved so long ago. 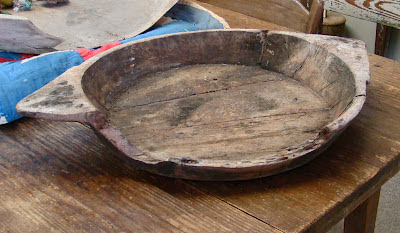 It was almost too much to receive.. to let into my brain. And then there are the plantation bowls. As if anybody might doubt these finds, here to accompany them were two amazing icons of Early Texas plantation life. Ugly and broken and poorly preserved, a large serving bowl and an even larger food trough sat amongst the finds. These were the crude hand- hewn platters used to serve rations to field hands, slaves and later freedmen, in the cotton fields. These would have been used to serve up fruits, vegetables, and meats, all piled up together, and the hands, who ate with their hands, would rip off whatever they could when allowed. They literally were fed like animals, eating without utensils, out of the same trough. This is just the kind thing one would expect to find out in the smokehouse after the turn of the Twentieth Century, a relic of the plantation system, now gone and forgotten; A reminder of the dehumanizing effect of slavery and the Jim Crow South, and the kinds of challenges that faced black Texans for many decades. 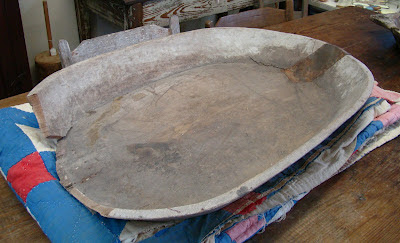 It is possible that the wooden bowls had been left behind by previous owners, who had been slave owners. But even though Elisabet and her husband were considered enlightened intellectuals, the poor productivity and high turnover of labor at their farm indicate they were hard to work for, and they still practiced a form of white supremacy, albeit somewhat benevolent, and these bowls might well have been used by them for the very purposes they had been created. Even if they had not been, their presence amongst the other artifacts scream Texas plantation, adding credibility to the provenance.

And then, it could be this is all a misunderstanding, these items are unrelated, and not even from Liendo…

Welcome to my world. 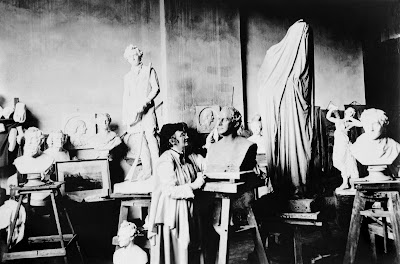 Elisabet Ney working in her Austin studio, where she became a controversial local celebrity.
Posted by Russell Cushman at 9:50 PM