The more things change, the more they don't... 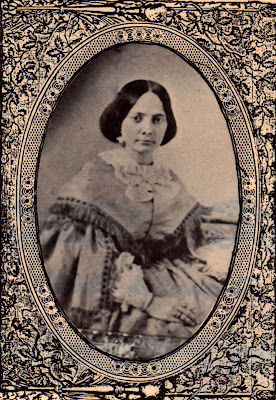 When I suggested following a couple of early American diaries, I was convinced we would find that we are very much the same people we were 150 years ago. Or at least we are still struggling with many of the same questions about society and morality and relationships. A teen-aged daughter of a man who was a prominent District Court Judge in Louisiana, My ancient cousin Margery Cushman was ending her first journal in the last entry… and starts off her new one with this greatly abbreviated [by me] essay about a common human ill…


Oct 22, 1853
This being the first leisure time I have had since the arrival of this book, I will take advantage of it and commence with my journal. My first one is written completely through, a great deal of nonsense I admit, but never the less I will keep it to see what improvement I will make in this… I have a composition I wrote for last Wednesday…

…To slander is to injure by false reports maliciously uttered and this evil propensity is peculiar to a great many of the human race, not only to the ignorant and debased but to those who have educational advantages, and from whom better is expected. But few there are who are entirely exempt from this evil which will prevail.

“When almost every passion fails
Which with our very dawn began
Nor ends but with our setting Sun.”

…In many the seeds of this most despicable fault are sown by merely gossiping, or discussing the good and bad qualities of their neighbor’s character, while in others it is manifested in the early days of the their childhood, and but grows with their growth, and strengthens with their strength. It is a fault condemned by everyone, even the unfortunate possessors of it, but by no one is it more so than by Shakespeare. He says “One doth not know how much an ill word may empoison liking,” and also that “be thou as chaste as ice, as pure as snow, thou cannot escape slander,” which is all too true. It is indeed like a noxious weed, that can choke the soil, and spoil the fairest of flowers…
Posted by Russell Cushman at 8:05 AM