That's what Texas Ranger Jeff Milton did when he left Navasota and started his career as a cowboy on the Clear Fork of the Brazos... The river was his map to adventure.  And he followed the Brazos to become a Western legend. 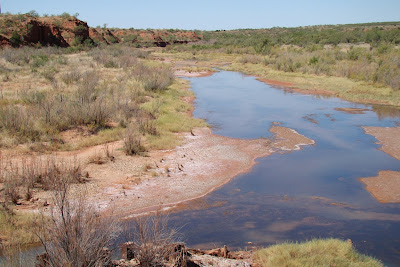 The Salt Fork of the Brazos River in the Texas Panhandle.
That's right, the river that starts at Freeport on the coast ends up in far northwest Texas... where it divides into four tributaries... The White River Fork, Salt Fork, the Double Mountain Fork and the Clear Fork. Two of them make it all the way into New Mexico. Not far way you will cross the branch of the Red River which helped to carve Palo Duro Canyon... The Prarie Dog Town Fork of the Red River... 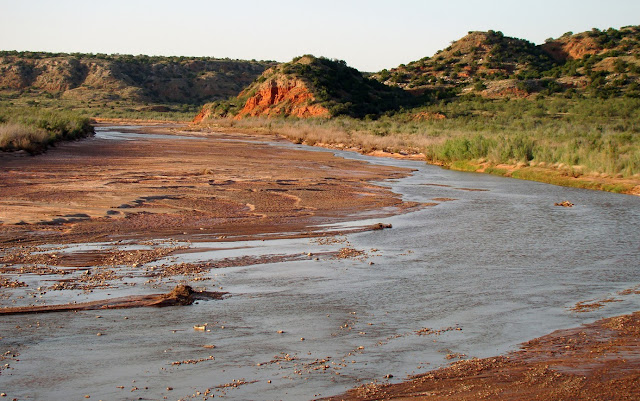 In fact New Mexico is the source for many Texas rivers, including the Red, the Brazos, the Colorado, The Pecos and the Rio Grande. A lot of the soil in our Brazos bottom came from there... making it choice farmland.
Posted by Russell Cushman at 9:20 PM