While I’ve got murder on my mind…


I thought this would be an excellent and relevant time to talk about... murder... or that aspect of Navasota, since I used the town as a comparison to the Hollywood community. You see, as rare as violent death is now, Navasota at one time was probably the murder capital of Texas. We are lucky they just call us the Blues Capital of Texas! I guess it all started when a bunch of mutineers hid in the bushes and assassinated La Salle, murdering him right around here somewhere. So important was La Salle, or at least his murder here, that we are the only place in America to sport two statues of the French explorer.

When Ranger Frank Hamer came here, after being hired as City Marshal by a desperate City Council, there had been hundreds of killings, many unsolved murders, unexplained deaths, and all kinds of race violence that ended in the largest evacuation of blacks this State had ever seen. Baptized in fire, after serving the City of Navasota for almost three years, Marshal Hamer went on to become one of the most feared and respected lawmen of the American West. We do not have a record of how many he might have killed while commissioned by the City Council, but be he is believed to have killed 21 outlaws in his career, including two killers who took out almost a dozen people, Bonnie and Clyde.

I have often wondered why so many prominent families left Navasota after the turn of the Twentieth Century. I have come to believe that part of the reason was the dark and bloody memories that could not be erased while living here. Not only was killing, shooting people, stabbing and lynching a social norm, but it shaped the character of some our most famous citizens. It took a really hard constitution to stomach such a place. Or worse, a scarred heart. Today we call them sociopaths. Even sadder is how the violence seemed to follow those who left here. 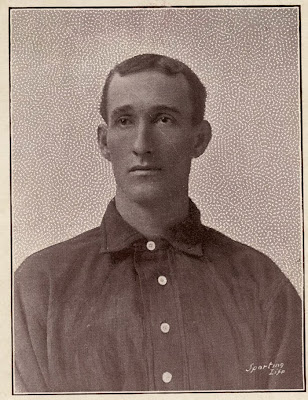 Navasota native Virgil "Ned" Garvin, one of the greatest pitchers of all time, (2.72 ERA, 13 shut outs) had anger issues...

Two famous men who left Grimes County to become quite famous for their meaness were blues singer Alger “Texas” Alexander and Virgil “Ned” Garvin. Garvin was a professional baseball pitcher, who came to the peak of his career while Navasota was entering an era of near genocide. In 1900 an all out war of extermination had been waged by the “White Man’s Union” on elected black officials (Republicans) and any whites (Populists) who were allied with them, including the County Sheriff. We’ll never know just how many were killed. Certainly there were newspaper reports of some of them, but many killings were undocumented. The sheriff was smuggled off after receiving crippling wounds, bundled up in a wagon bed, saved by a heavily armed State Militia sent by the Governor. He never came back. The violence led to a huge reduction in the black population, mostly from relocation.

A veritable ambassador for his hometown, that same year Navasota’s most accomplished baseball hero ever, shot a Negro in Milwaukie because he was displeased with a shoe shine job. When interviewed about it, he explained “Texans don’t like niggers anyhow.” That seemed to satisfy his detractors, even up north.

I am not making this up.

The next year, while still pitching for the Chicago White Sox, Garvin stabbed a guy in Chicago during an argument in a saloon. He was never prosecuted for either assault. After all, Virgil Garvin was just doing what he had been raised to do. And he was a damn good pitcher.

Violence, especially when racially motivated, had always been pretty common fare around here. Navasota raised its children like wolf pups. Only the strongest survived. Kill or be killed. Local white citizens had first taken up arms to threaten, kill or whatever necessary, the black population, right after the Civil War. In 1866 hundreds of Confederate veterans met an angry black mob in the bottoms near Millican and shot it out with them, killing scores of freedmen.

Killing was often the solution for disagreements in those days. So it is no surprise that in 1902, Garvin shot his own friend, merely because he refused to show fear and believe that the drunk hurler would plug him. After shooting the idiot, and settling that question, he then took a few shots at a policeman who tried to apprehend him, placing at least one bullet in his shoulder before running away.

He became known to baseball fans as the “Navasota Tarantula,” but did not learn much from this experience, other than professional athletes can get away with almost anything. At the time the Navasota Tarantula was leading the White Sox bull pen with an incredible 2.21 ERA. Still his coach felt some social pressure and finally fired him, saying he had “shot himself out of a job.” One shoe shine boy, and at least one drinking friend short, Garvin paid his fine and was traded to Brooklyn.

But his violent streak was not over. In 1904, while playing for the Brooklyn Superbas, Garvin, now called the “Demon Texan,” pummeled a man while staying at the Hotel Kensington in New Jersey. The hapless broken –nosed insurance salesman had insisted on reading his newspaper, rather than talk with him. I guess Garvin was just like Gus in Lonesome Dove, and he did not tolerate rudeness in a man. He was so enraged, he went off and left his wife in the hotel. Somebody had to clean up the mess.

But life has a way of getting you back. Even though Virgil Garvin was one of the most successful pitchers of all time, rating in the top one hundred pitchers of all professional baseball, with a very low earned run average, he could not win games. His own teammates did not rally for him. He has been called “the hard luck pitcher of all time.” Because of his strange luck, he played for six different teams over his seven year career. Traded around until he ended up on the west coast, he died quite young of tuberculosis at age 28, in 1908.

But at least Virgil Garvin is not known to have actually killed anyone, although he probably tried. The other famous Grimes County resident was more successful at settling scores. Texas Alexander, born in nearby Leon County but raised in Richards, grew up in the same mean world, only his people were usually the targets of white anger and subsequent vigilante oppression.

“Texas” found a refuge in his music, which took him all over the United States, even to record in New York. He often performed on the streets with Blind Lemon Jefferson in Dallas, and was one of the very first blacks in Texas to make it as an entertainer. But Texas had very bad luck with women… and the men who loved them. He came home one night a little too early, and had to kill his wife... and her lover … with a HATCHET! Of course he had to go to prison for that. And like Leadbelly, he sang so sweetly and earnestly he was released, even after a double murder, a rehabilitated man. Next to ball players, blues men were held in the highest regard.

So you see, things are not so bad today, no worse than in the early 1900’s. Our celebrities and athletes have always enjoyed a double standard, even the license to kill.
Posted by Russell Cushman at 10:16 PM