The Legendary Joe Tex... one of my "Top Ten" 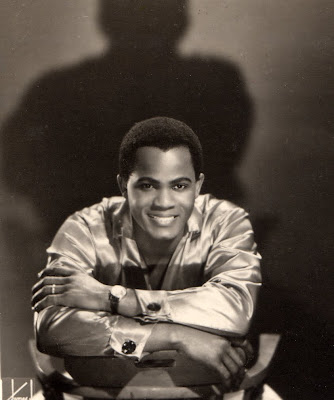 Besides Chuck Norris, Joe Tex is undoubtedly the most famous person to ever call Navasota home. Born Joseph Arrington, He followed an uncanny path blazed by dancer Alvin Ailey. Both were born in Rogers, Texas, both went to New York to gain fame, and both lived in Navasota for awhile. Joe was born in 1935, and he did not stay in Rogers long. Old time Navasota residents remember his easy personality, contagious sense of humor and down to earth accessibility. They sketch mostly warm memories of him at local barbeques, and making small talk downtown.

And yet there was the unknowable Joe. He was all over the place. As likable as he was, there were plenty of rumors to fan the local beauty parlors. Joe Tex just went right on. He was one of a kind. He was what he was.

Joe was singing early, winning talent contests as he drew upon his Country Blues heritage, crafting a unique 60's Rock & Roll/ Soul/ R&B style that sounded like preaching to music. He had several big hits, and made music history in several ways. The most important contribution he made to American music was his fearless shifting between talking and laughing and singing as natural as if he could entertain during conversation or converse while entertaining. Joe Tex also sang boldly about male - female relationships, and often included sound advice to his audience, as if he were doing mass musical marriage counseling. Everyone remembers his strange and somehow endearing sermon/song “Skinny Legs and All” that blasted, “Who’ll take the woman with the skinny legs?” But Joe was full of surprises, recording a Country album, which actually brought considerable acclaim. His biggest hit, “I Gotcha” was recorded in 1971.

After spending some time in Baytown, Joe bought a ranch in Grimes County, where he tried to return to his rural roots and learn more about God. He became a Muslim. After a short sabbatical, he emerged energized and inspired, cranking out his smash disco hit, Ain’t Gonna Bump No More (With No Big Fat Woman). Joe had a way of surprising all of us, even his Muslim brethren. His talent went from R&B to Rock to Country to Disco. Writing and recording several hits during his heyday, Joe Tex built his style around just being himself and having fun while sharing his country charm and wisdom. But many music historians point to his style as the launching pad for Rap music. For sure, he is one of the most underestimated R&B entertainers of the 60's and 70's. John Morthland of Texas Monthly Magazine generously offered that Joe Tex was "by far Texas' greatest contributor to soul music." Joe Tex died of heart failure in 1981. No other Texas entertainer has covered as much ground, or done it with as much originality or prowess.

For his diversity and entertainment prowess, that stretched across decades and stubborn racial barriers, Joe Tex, aka Joseph Hazziez is # 2 in my "Top Ten in Texas"
Posted by Russell Cushman at 10:07 AM