The "holy thrones" of Grimes County 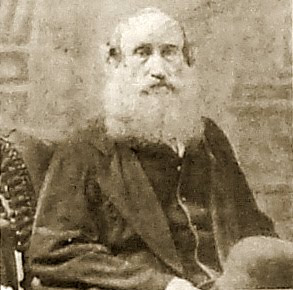 Christofer Friderich Carl Steinhagen of Mecklenburg, Germany ended up in Anderson, Texas after landing in Galveston in 1848. An accomplished carver and cabinetmaker, he had studied under Scandinavian carvers and fell in love with their beautiful furniture patterns that featured animal motifs. 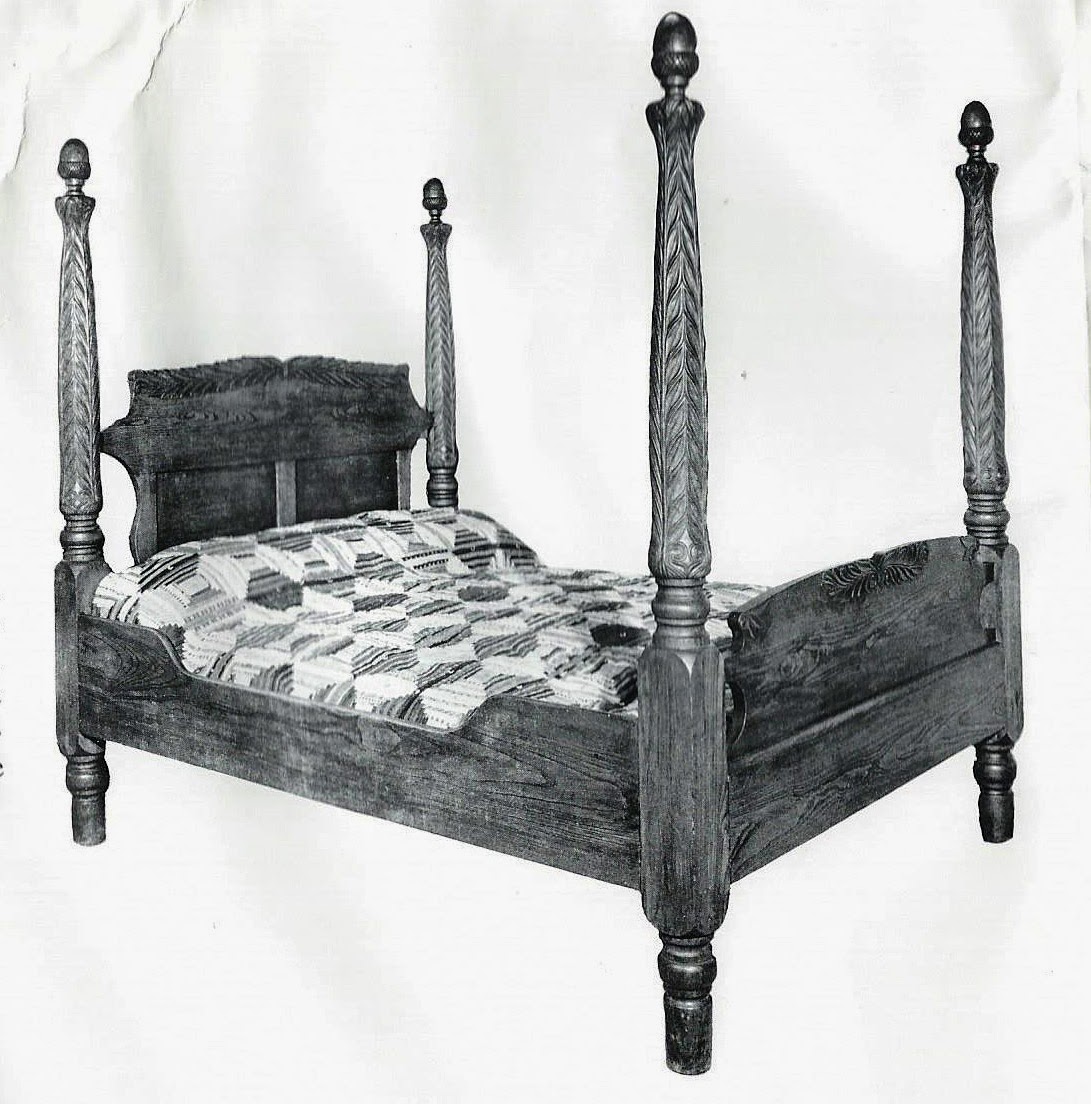 These black & white photos have been borrowed from TEXAS FURNITURE- The Cabinetmakers and Their Work, 1840-1880, by Lonn Taylor & David B. Warren.

Galveston was a bustling metropolis in those days, one of the largest in the South, and he sent for his bride to be. They tried Houston before coming to Grimes County in 1850, where they lived the rest of their lives. No doubt he made a few pieces of furniture, to make ends meet, before he got to Grimes County. I know a man from Galveston who has a rocking chair found there, that has been authenticated as a true Steinhagen rocker by his great granddaughter. Galveston and Houston had not been good places to shop for hardwood, but Steinhagen found a variety of hardwoods available in the hinterland of Texas. He set up shop as a wheelwright in the newly named town of Anderson, a few blocks from the County Courthouse. 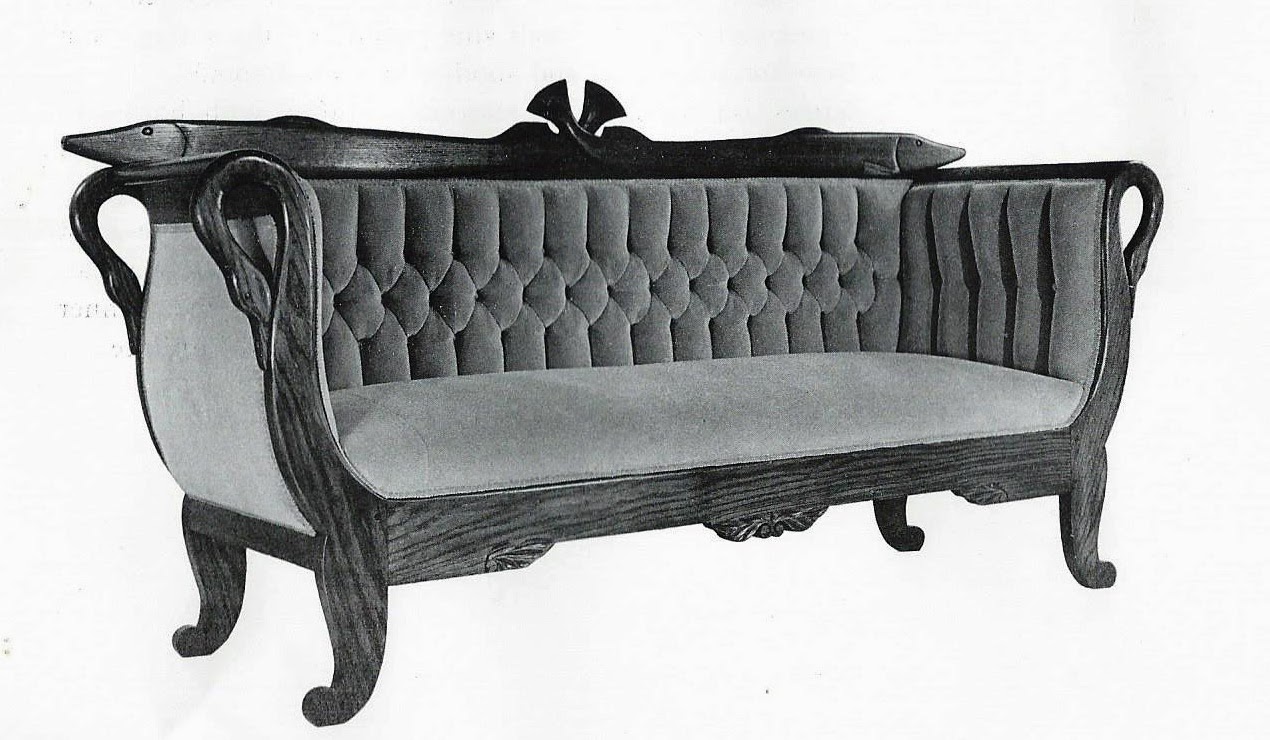 It is said that he made a special piece of furniture for each of his twelve children, a rocking chair for every daughter, often out of walnut, oak or imported Philippine mahogany. Having many children, seven daughters are known to have married and received one of his coveted rockers. Today one of the rockers resides at Winedale, in Fayette County, along with several more of his works in the collection of Ima Hogg, the daughter of Texas Governor James Hogg, who spent her life collecting and writing and educating Texas about our own material culture. She purchased and borrowed and leased up as much Steinhagen furniture as she could find. She considered him to be the greatest, most original and impressive artisan in early Texas, and set out to establish his name as such. That would make one of these rockers a veritable holy throne of Grimes County. If we had one. 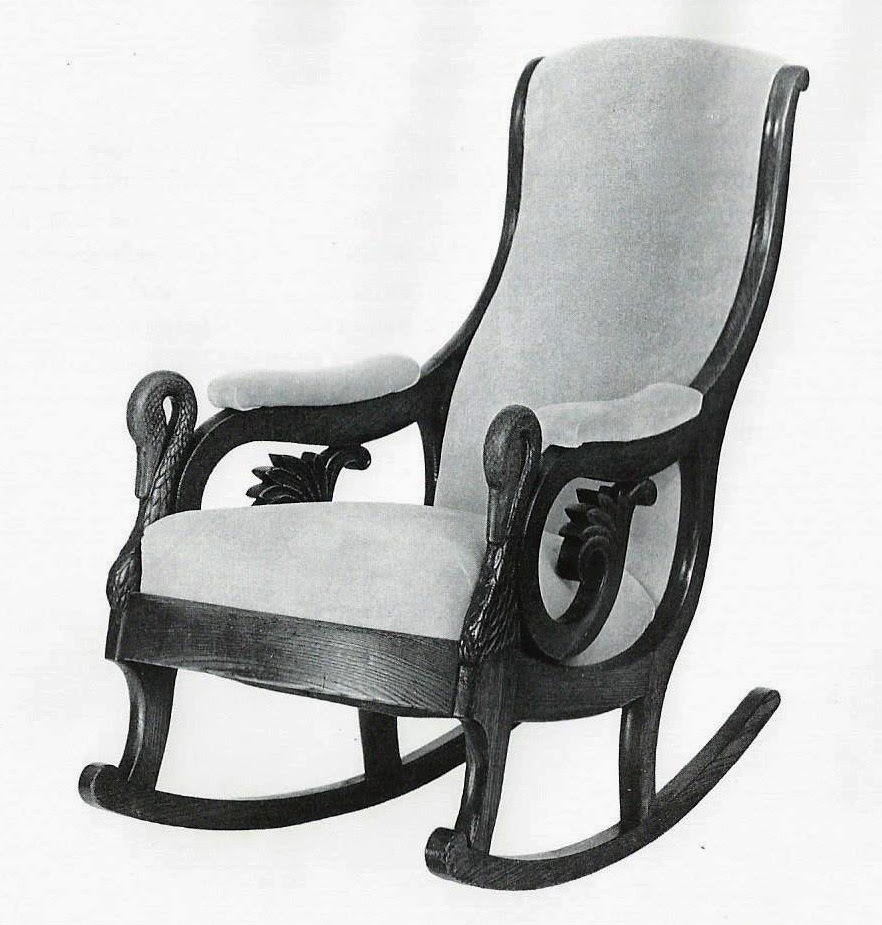 Known in the antique world as a "Voltaire" style rocker, not all of Steinhagen's work was so elaborately carved as this one, made of oak. My hunch is that as years passed, he may have resorted to new and simpler patterns, which may explain some of the differences.

There was just one downside to all of this recognition that Miss Hogg bestowed upon our esteemed furniture maker... There was not a stick of Steinhagen furniture left in Grimes County. Collectors like me scoured the countryside in search for anything connected to him. I know of very few finds of his furniture since I began to look for it 25 years ago; The guy from Galveston. Some antique dealers in Anderson who sold theirs… and myself. In my twenty-five year search, I have located four or five of his rockers, three from Anderson pioneer families. His furniture was typified by carved animal “motifs” or parts… hooves, fins, fish and especially swan heads. The walnut wardrobe below features the elaborate carved wreath of love birds on the crown...  which almost appear to be an afterthought. 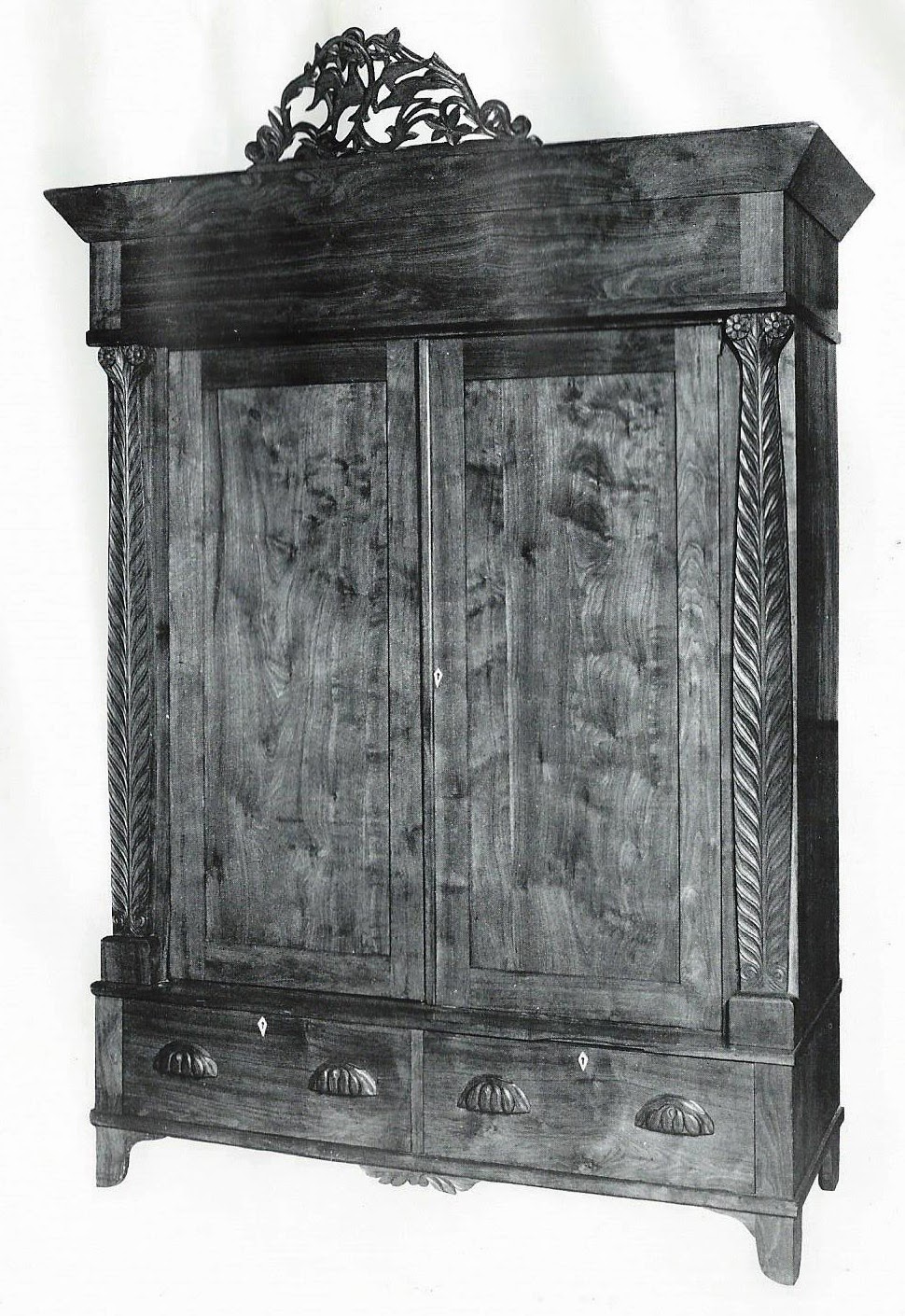 This a fabulous Steinhagen wardrobe is at Winedale.

I took one of my Steinhagen rockers to the Antique Road Show in Houston when it first started, to show off, and nobody there knew about Christofer Friderich Carl Steinhagen, until I opened the Texas Furniture Book they had on a table, purely for decoration I guess, and showed them. Then it was suggested that I contact Bayou Bend in Houston, Ima Hogg’s OTHER major preservation project. They might as well have suggested the Houston Ship Channel, because these rockers are not leaving Grimes County!

And recently one popped up amongst some folks new to the scene here at a local antique mall… and unfortunately they did not know what they had. By the time I found it, it was already spoken for. Someone in Navasota has one and may not even know it.

But then, that’s the fun of Antiques.

UPDATE: 7/11/14 - FOUND ANOTHER ONE! My brother snagged this one (on right)  in an online auction! And I lined it up with one of mine for comparison... stunning how consistent and superior his craftsmanship was. 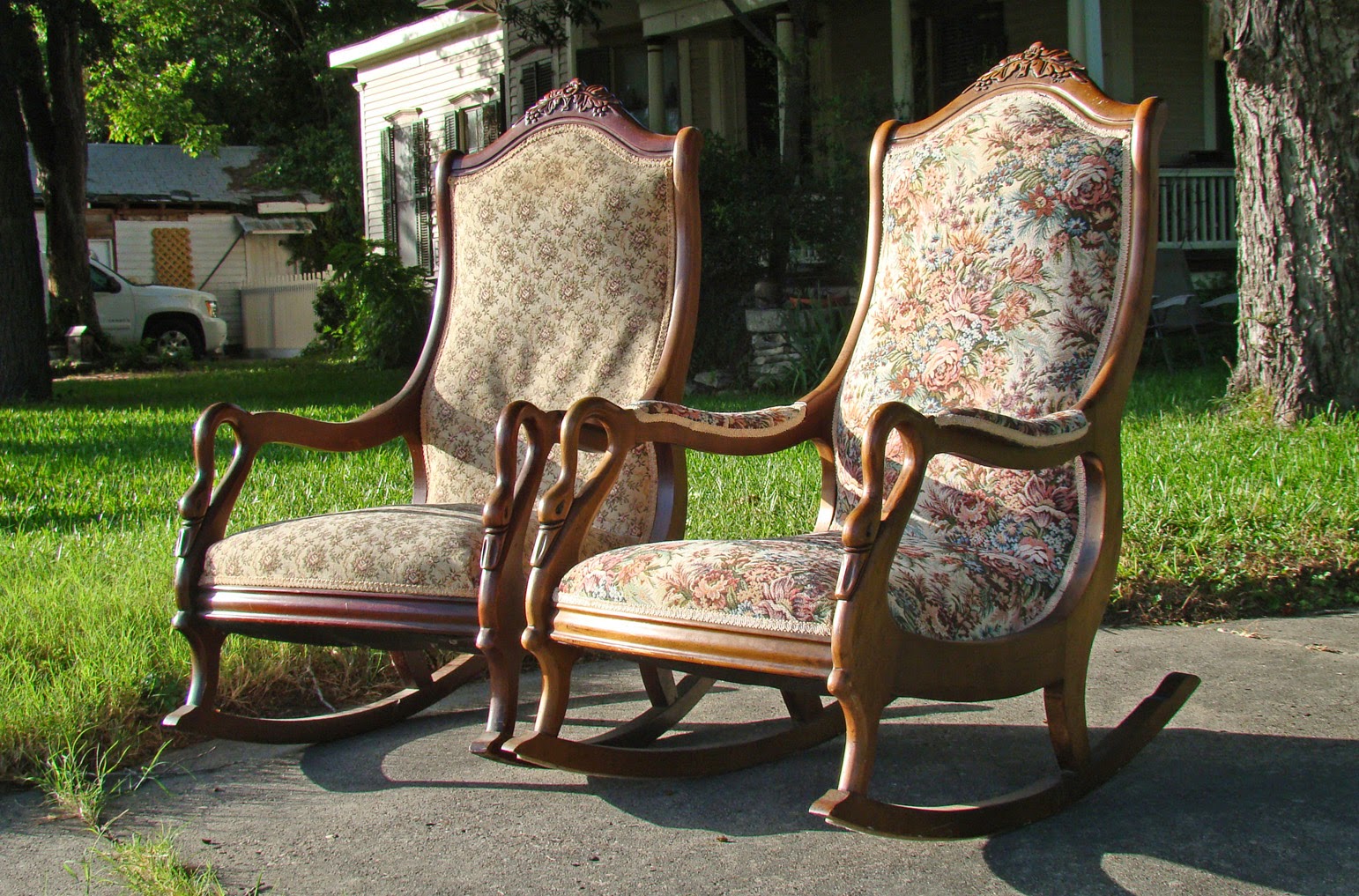 The one on the left obtained in the 1990's from Steinhagen relatives in Anderson, the right from an online auction. 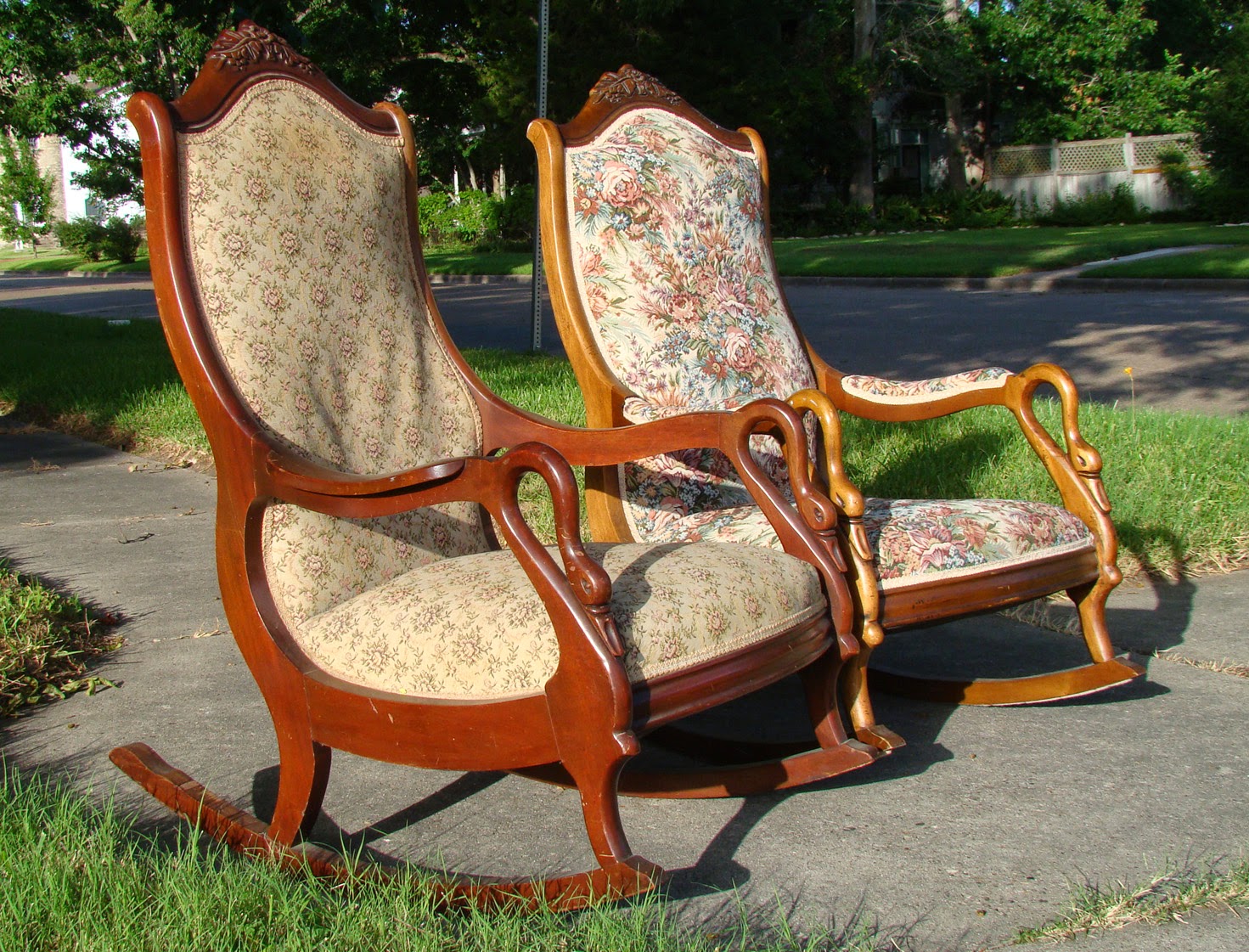 Mahogany on the left, pecan on the right. These rocking chairs came from the same workbench over 130 years ago. 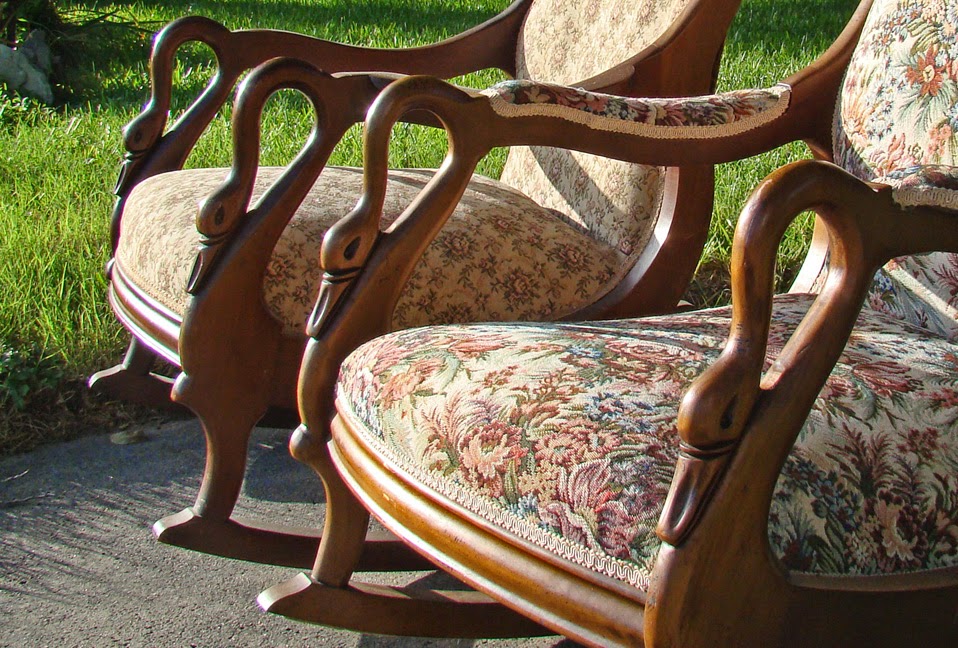 The only significant difference is the pads on the armchair... something I was aware of, but had no sample in my collection. 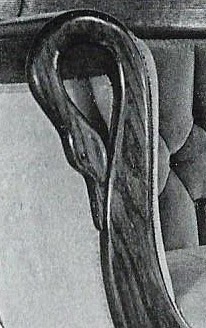 Posted by Russell Cushman at 10:38 AM